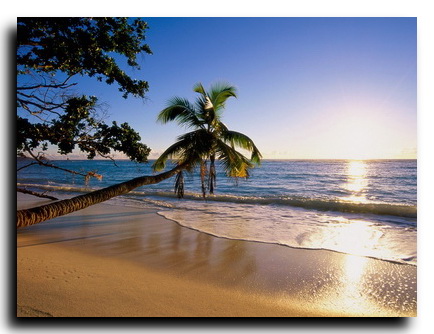 Thailand is located in the middle of southeast Asia. The following countries have a direct border with Thailand: Myanmar (Burma) is in the north and west of Thailand. A long stretch of the Mekong river divides Thailand from Laos in the north and east, the Mekong and the mountains of Dongrak form the border to Cambodia in the east and Malaysia in the south.

With an area of 514.000 square kilometers, Thailand is as big as Spain. The distance from north to south is 1650 kilometers and from east to west 780 kilometers at its widest point. The climate is tropical because the equator is only 15 degrees away from Thailand in the south. The temperature, depending on the season, ranges from 10 to 38 degrees (66-100 F). The monsoon rain starts predominantly in May and lasts until July. Cooler and dryer weather you can find during November and December. Thailand consists basically of 4 major regions. From the geographically view these regions are completely different from each other.

Along the border to Myanmar in the west, the forested mountains rise further north peaking at Doi Inthanon (2.565 meter / 8.415 ft), the highest mountain in the north. A big variety of wildlife can be found there. During the winter the temperatures here are the coolest compared with other regions of Thailand.

The geographical center of Thailand consists basically of lowland, also called as the "Rice Bowl

of Asia", through which the Chao Phraya river feeds expansive rice fields with water. After, the river flows through Bangkok and finally spills into the Gulf of Thailand.

In the direction to the Malaysian peninsula Thailand divides the Andaman Sea from the Gulf of Thailand. Along the coast there are many beautiful islands and beaches. In the past, the sheltered coves of the narrow Isthmus of Kra were important ports along a strategic trading route; nowadays the islands of Phuket and Kho Samui are also very important as tourist destinations. Both coasts have many historical attractions, national parks, wildlife, amazing forests, waterfalls and wonderful beaches.

Thailand consists of 76 political provinces with Bangkok as the political, commercial, industrial, educational and entertainment capital of the country.